I’ve spent many winters hiding indoors. Not anymore! It’s beautiful out there; just dress warm and you’ll be all right. Trust me. 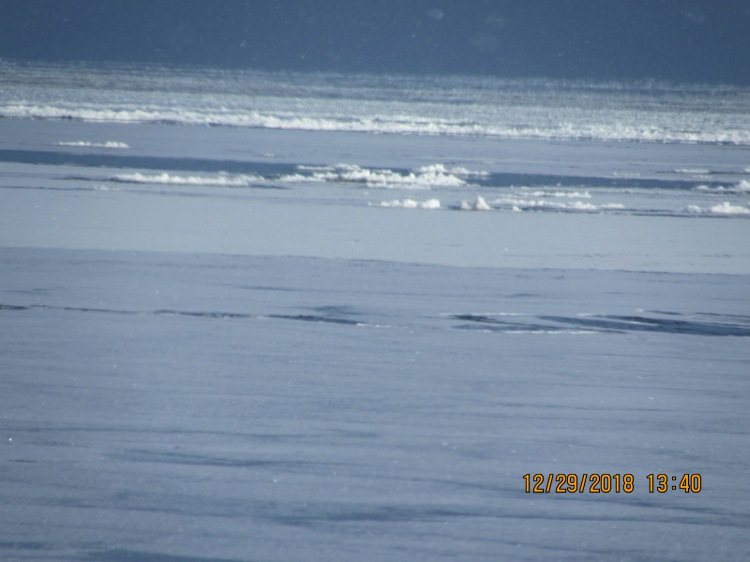 Is that beautiful or what? And to think, I used to stay home staring at the T.V.

Floating, ice disks. Look how the one looks perfectly round. 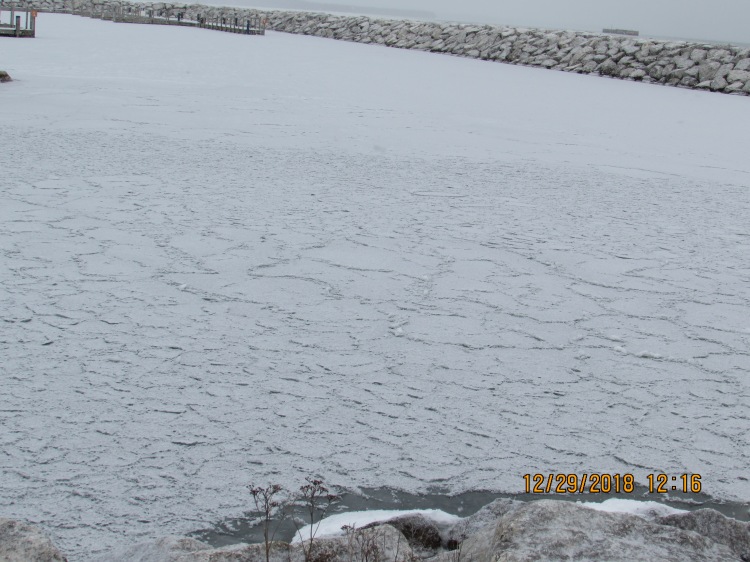 The above pictures were of Lake Huron. How calming.

Plenty of trees in the U.P.  It doesn’t look like it, judging by the ice and snow, but the sun was working that day. I have proof! 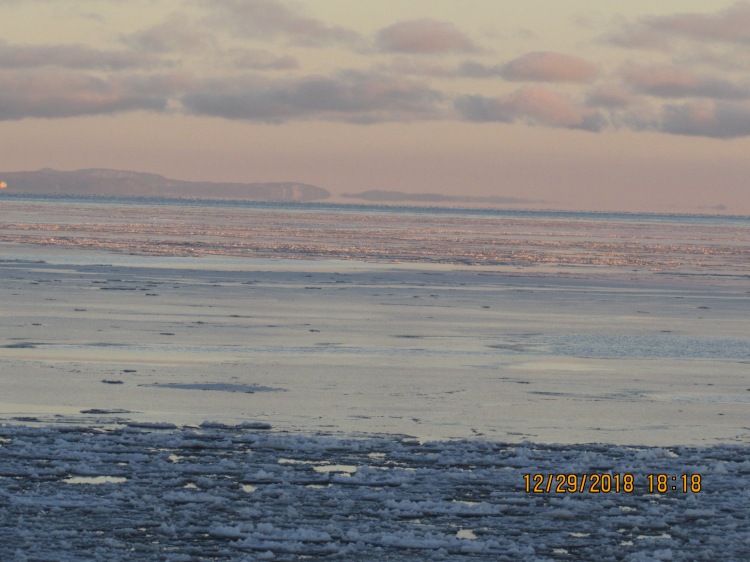 The pastel colors of the sky match the water. 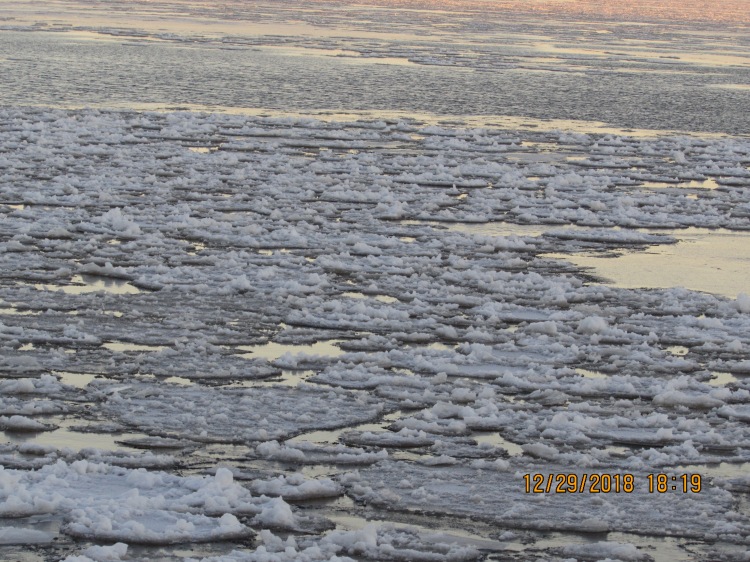 If you think these are neat to look at, you should hear them. They were moving slowly and gliding into each other, making this unusual crunching, crinkly sound that I cannot describe. 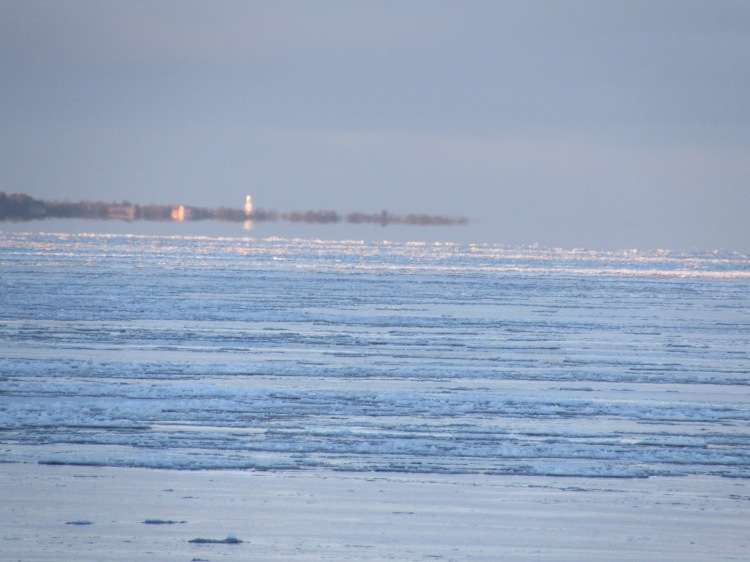 That, my friends, is Whitefish Point in the distance and the lighthouse.

Lake Superior and a superior sky

Yikes. I think the sky was having trouble deciding what to do. 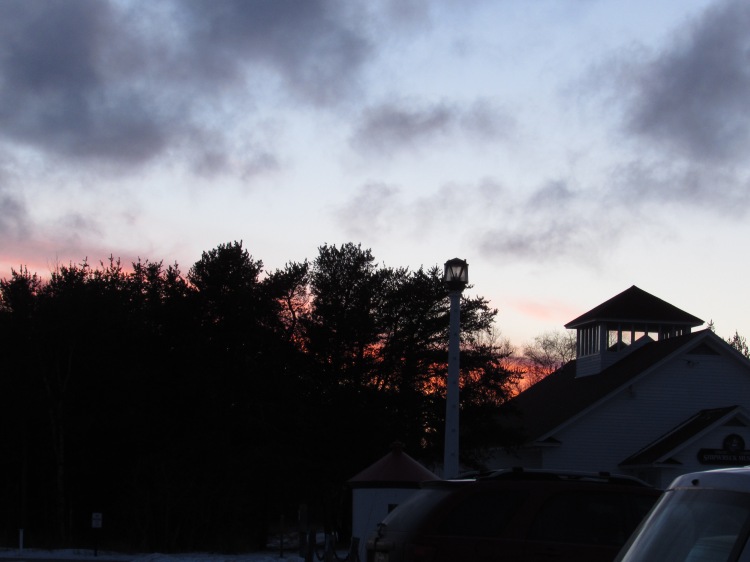 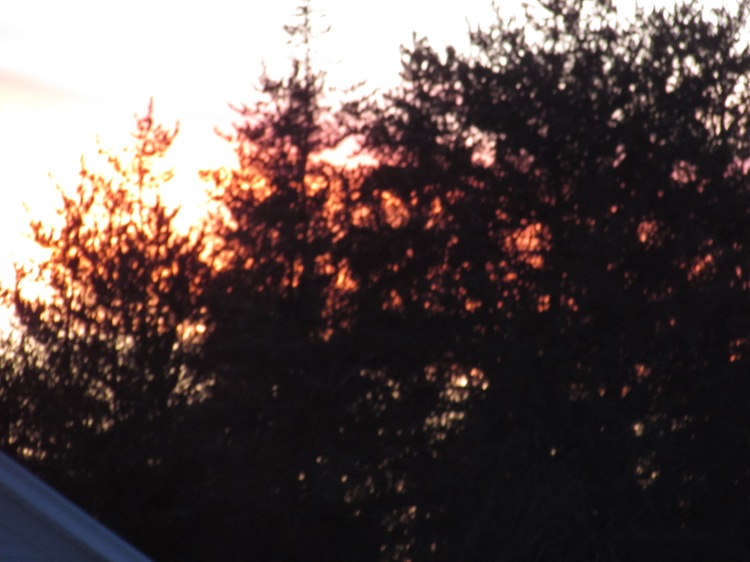 That bright, streak across the sky was amazing. 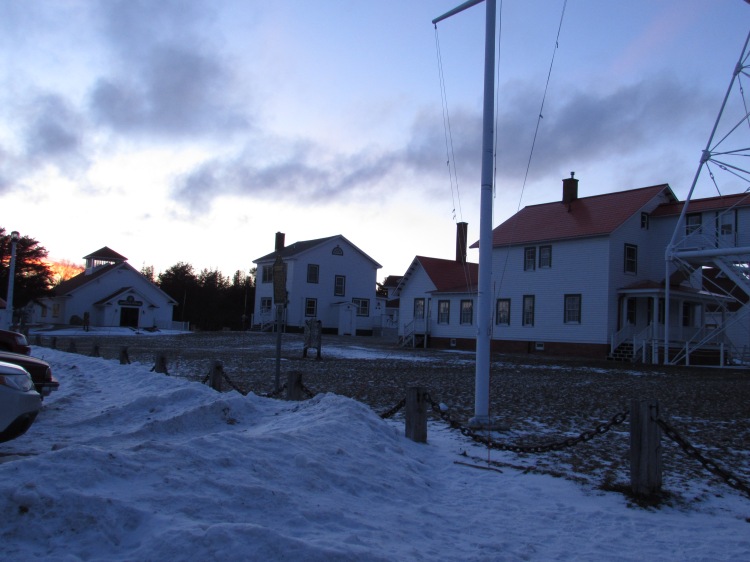 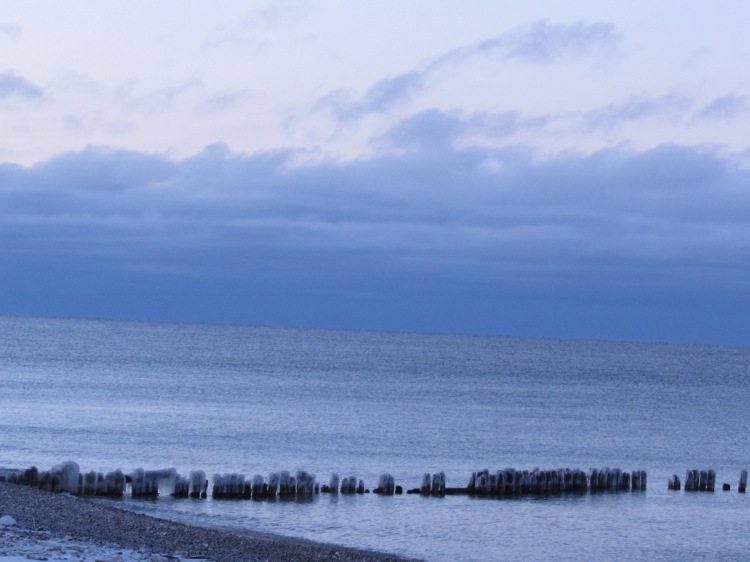 These posts were the coolest thing. The ice stopped right at the water line. The air was colder than the water and Lake Superior can get pretty darned cold!

Ice jellyfish. What? Never heard of them before? Huh.

Go on. Take your shoes off. Wade in. Brrrrr.

Are you a rock collector? They won’t miss one or two or three… 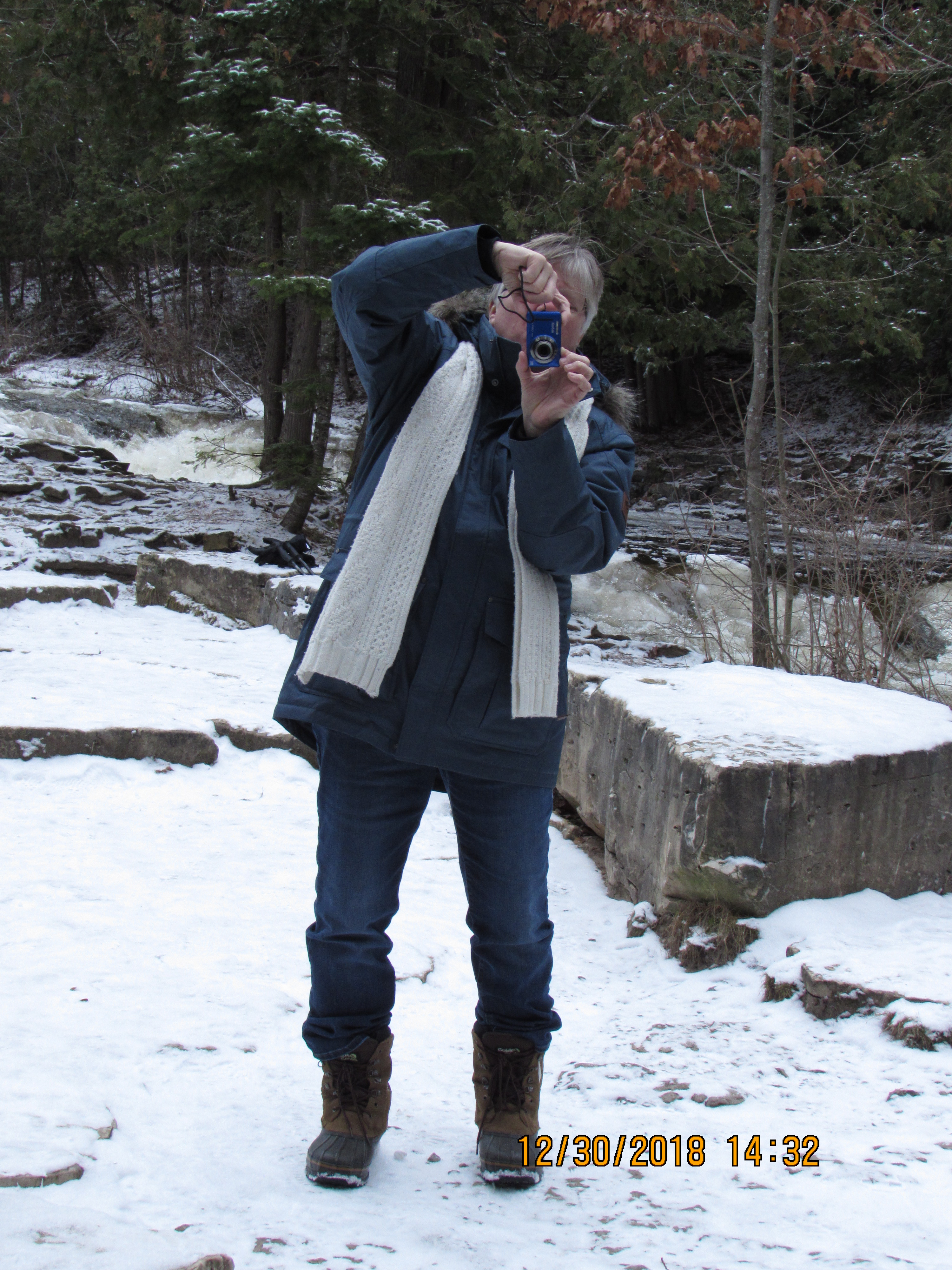 This is smarty pants!  We had a great time going to see the U.P. the last week of 2018. What a way to end the year! Thanks for inviting me Linda!