by Michigan MaryPosted on February 1, 2018

Sable Dunes and Sable Falls are right next to each other. If you walk down the trail to Sable Dunes, the view keeps changing from woods to a creek to birch trees to dunes and finally, Lake Superior. You won’t get bored. Trust me. 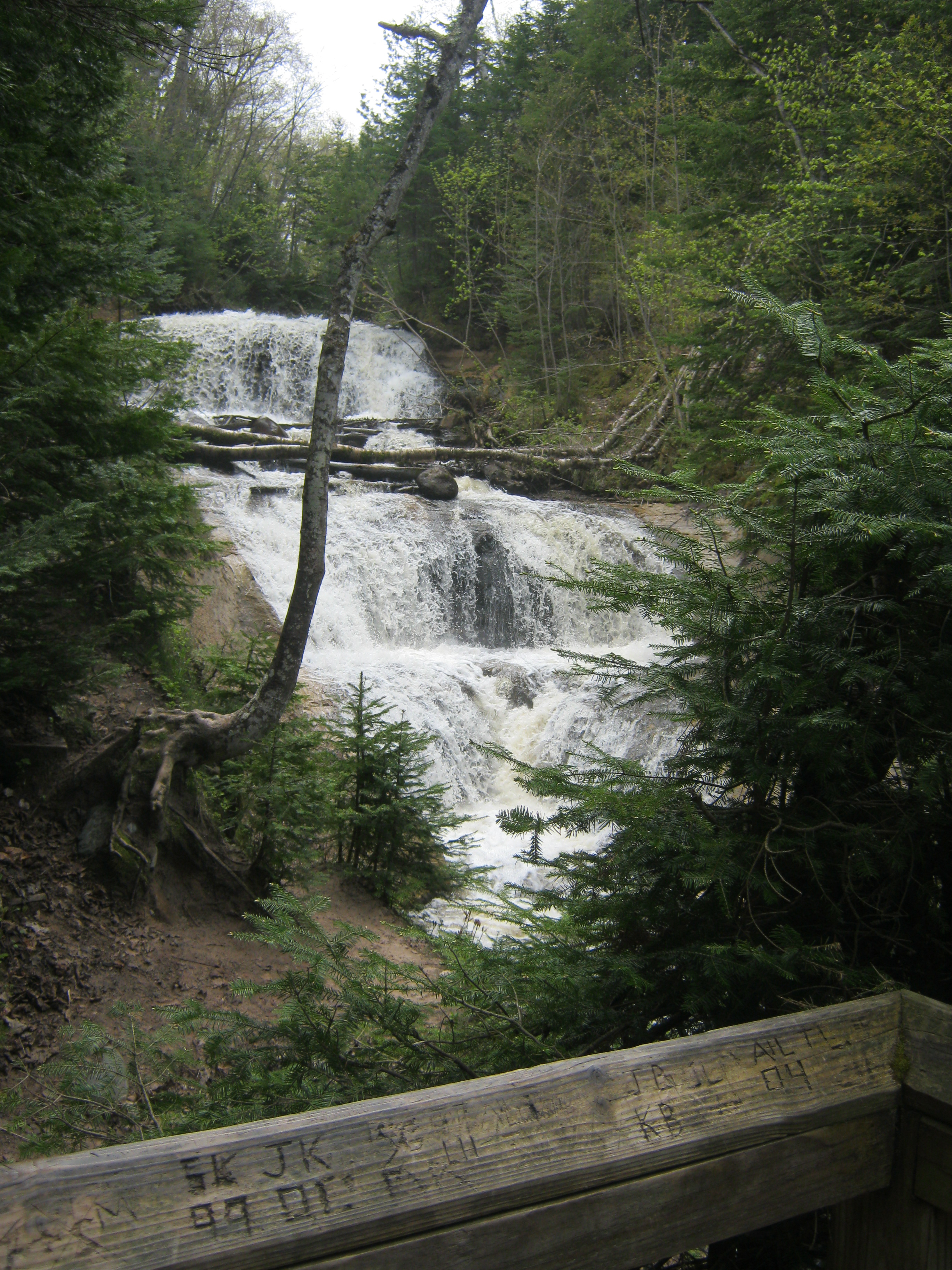 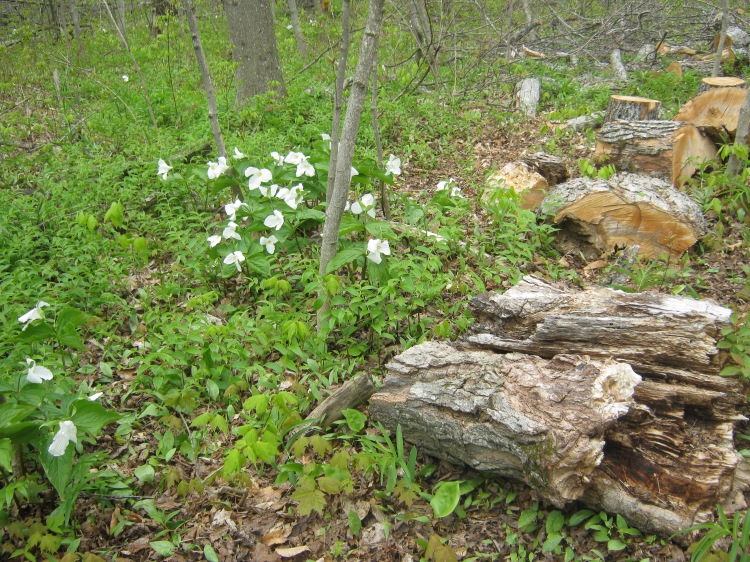 Trilliums. These I’m familiar with. When I was growing up in the town of Montrose, our house was in the woods. My little sister picked one and someone said, “You can’t pick those! They’re on the protected list.” That was my two-year old sister’s first crime. And the last one – as far as I know. No one picked them after that. I’m assuming they’re still on the endangered list. Don’t pick. Just enjoy their beauty. 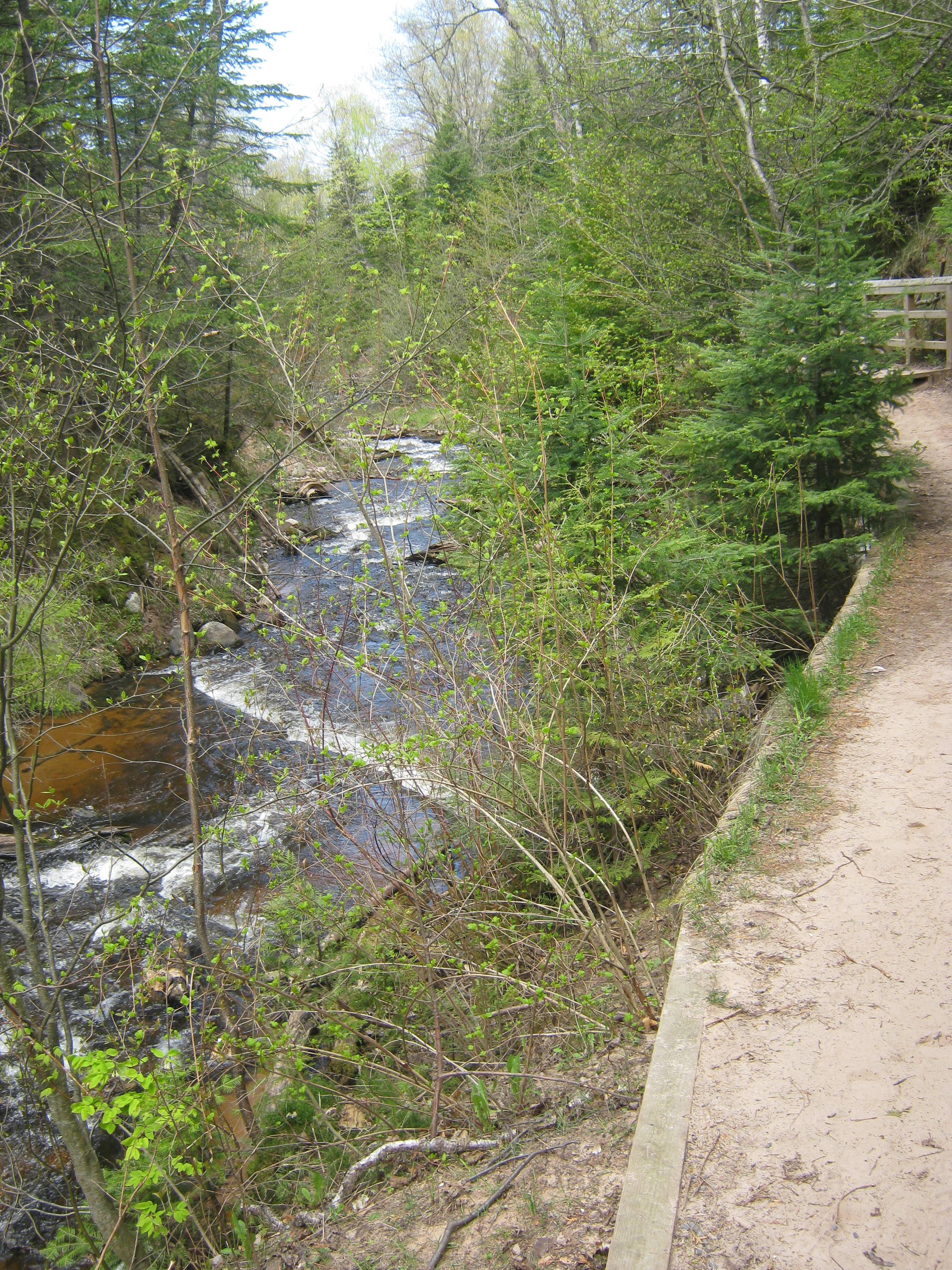 What is it? A foaming swamp monster coming up for dinner? A grinning alligator showing off its’ pearly whites? No. It’s Sable Falls rushing out to collide with Lake Superior rushing in.

That’s the swamp monster at the end, from a different angle. 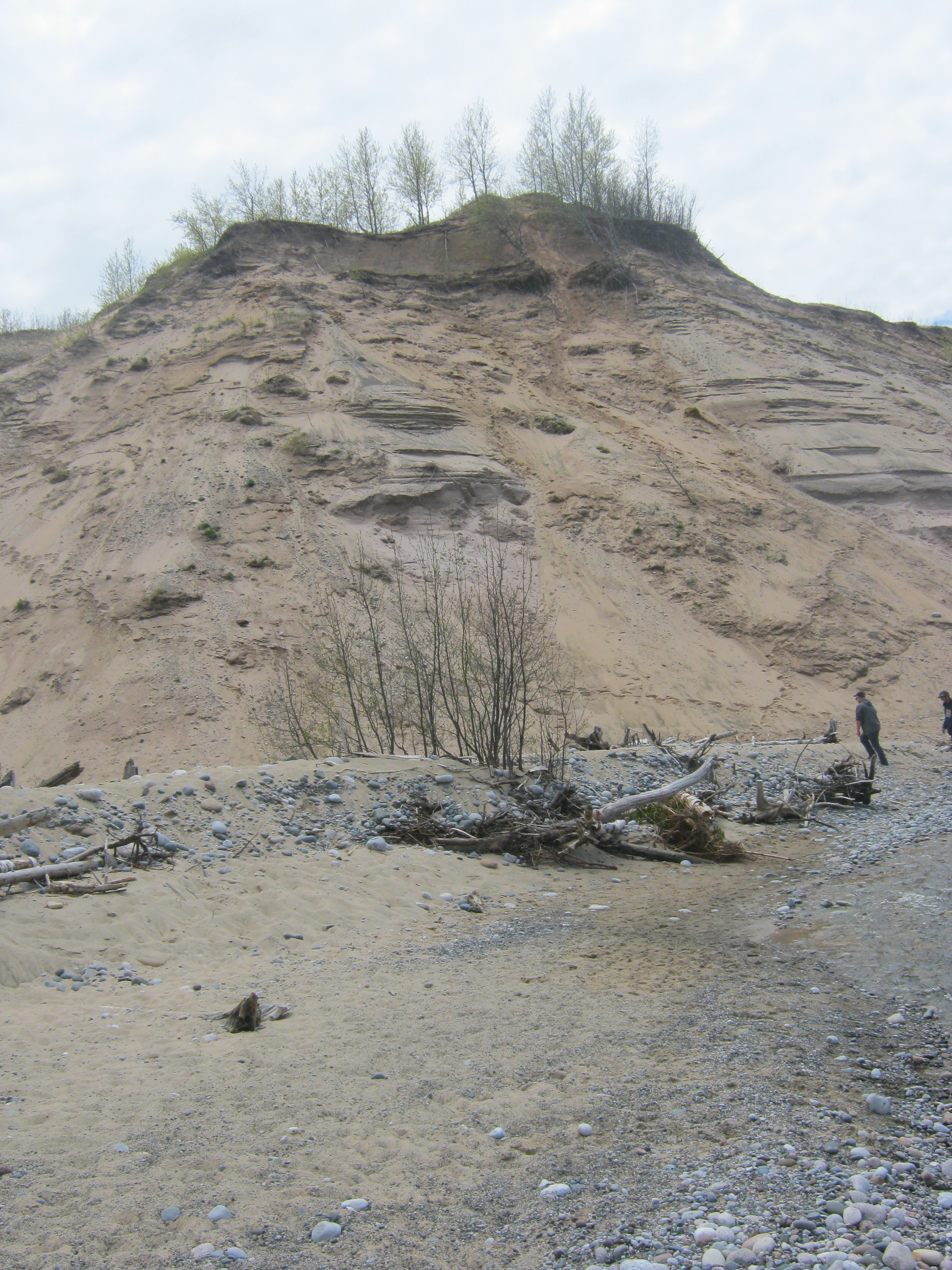 The dunes on the shore of Lake Superior. 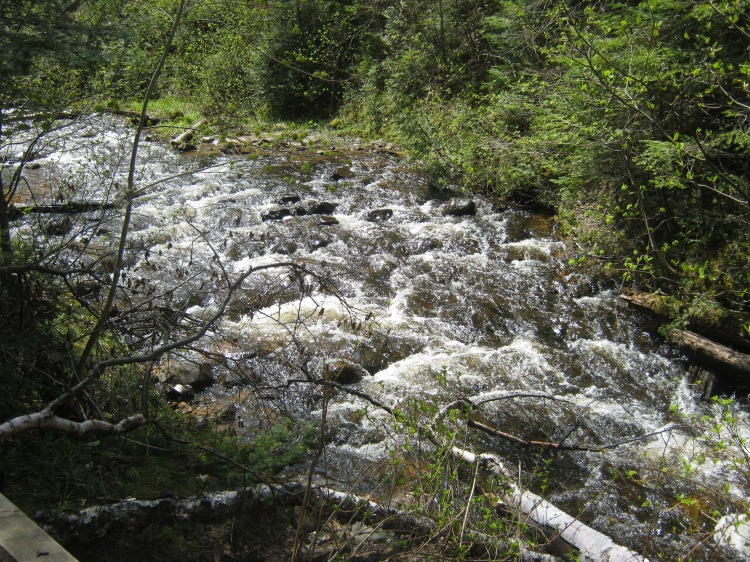 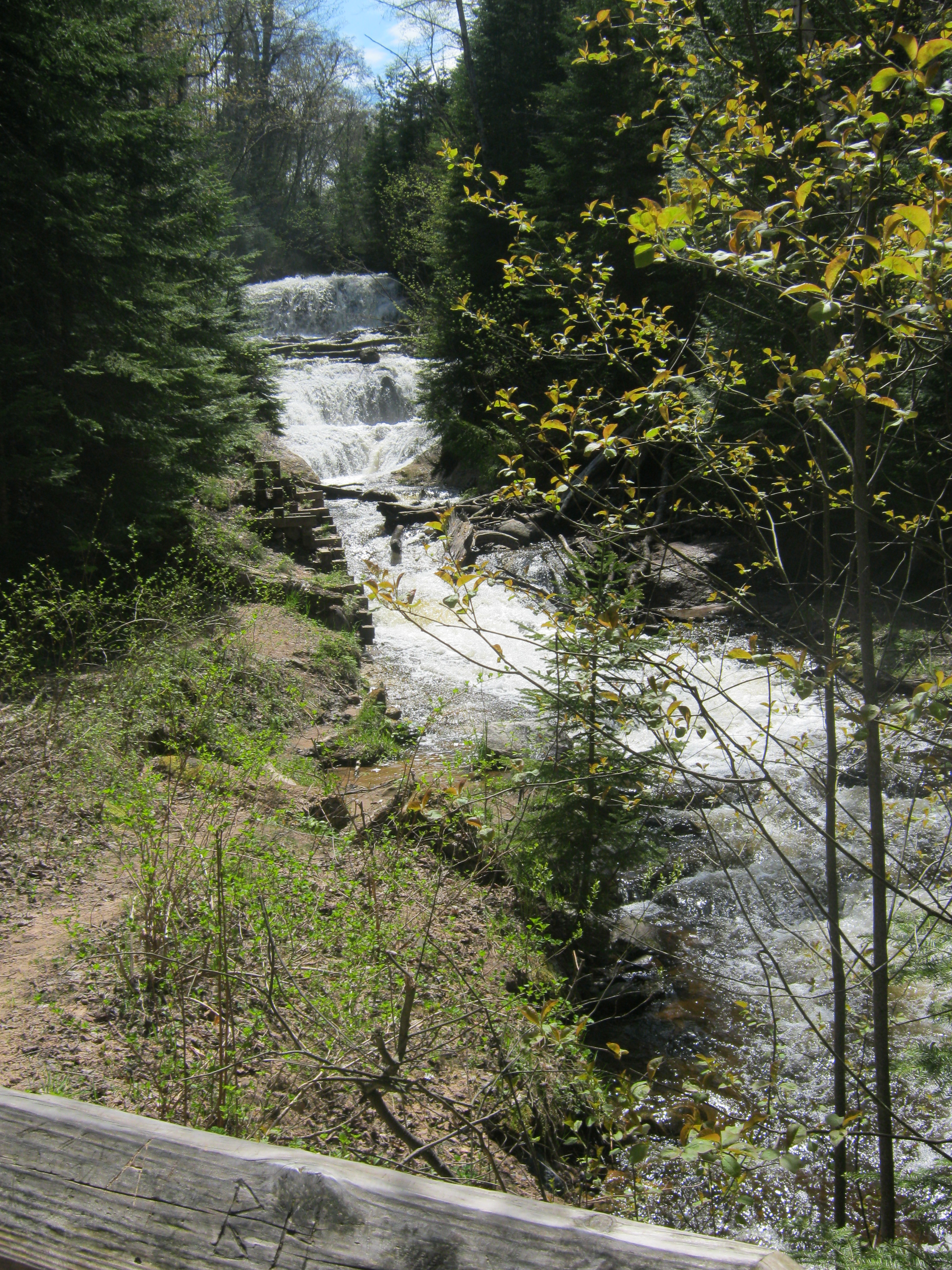 I don’t know what these are called. If you know, please leave a comment. Thanks!

There she is! At the end of the dune walk is a view looking down on Lake Superior.

Deb’s expression says exactly what we were feeling. One stunning view after another. It was great to be out there in the fresh, cool breeze, seeing the sites.

This is the group of birch trees that I mentioned.

This was cool, but weird. We were walking on sand among the treetops. This area used to be a forest, but the blowing winds blew the sands and  covered the forest up; all except for some of the tree tops. This tree was suffocated from the sand.

Love the contrast of colors. 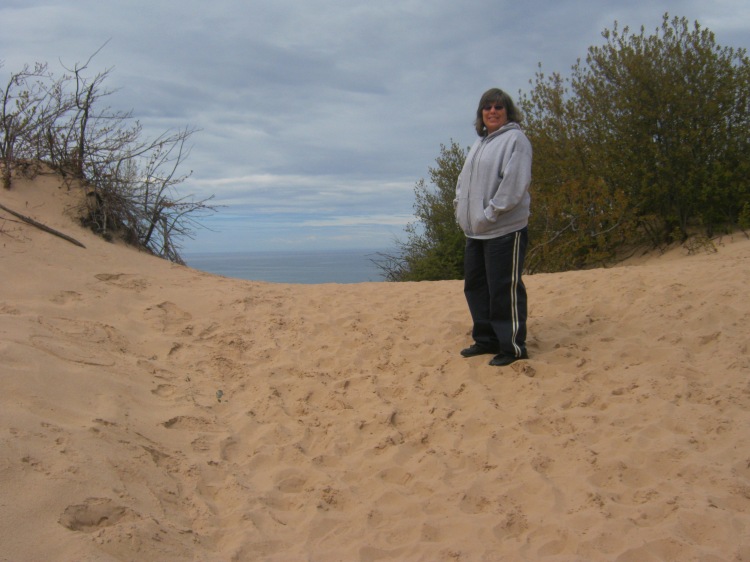 This was a phenomenal stop at Sable Falls and Dunes. We took our time here and enjoyed the scenery.