Yes! You heard right. Michigan has a Grand Canyon. I’ve lived here all my life and didn’t even know, until this year, about our Grand Canyon. (What other amazing secrets are hiding up in the U.P.?)

Here she is! Isn’t she beautiful?

The above two pictures are at the beginning of the journey to get back to the canyon.

This is where we first get to see the river. Wow. And we are just beginning.

My friends, whom I got to enjoy this wonderful experience with. 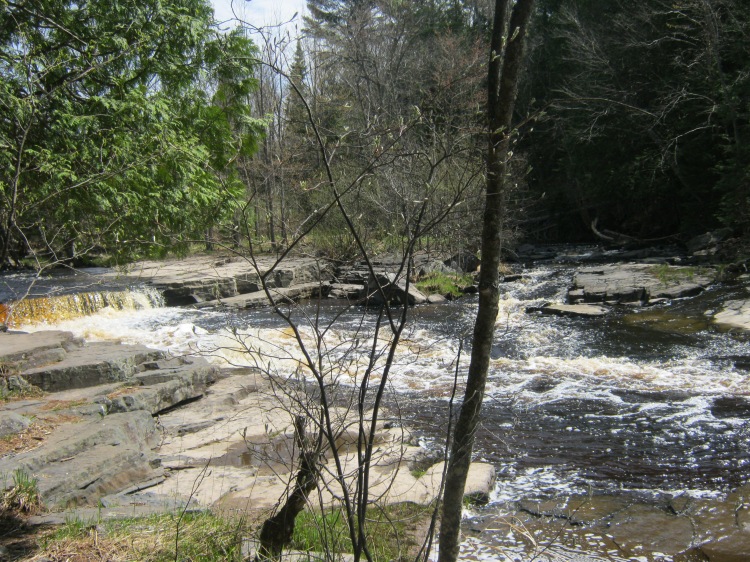 We just kept walking along this river of seemingly, never-ending beauty.

Such power. I wish you could hear it. 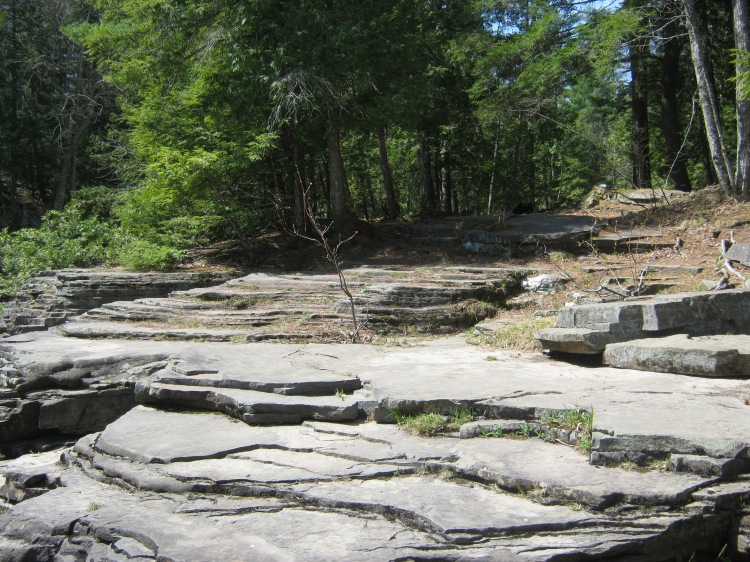 It’s not just the water I like to see. The path, the woods, hearing the birds, etc. – it’s the whole of the experience. There’s nothing like it. 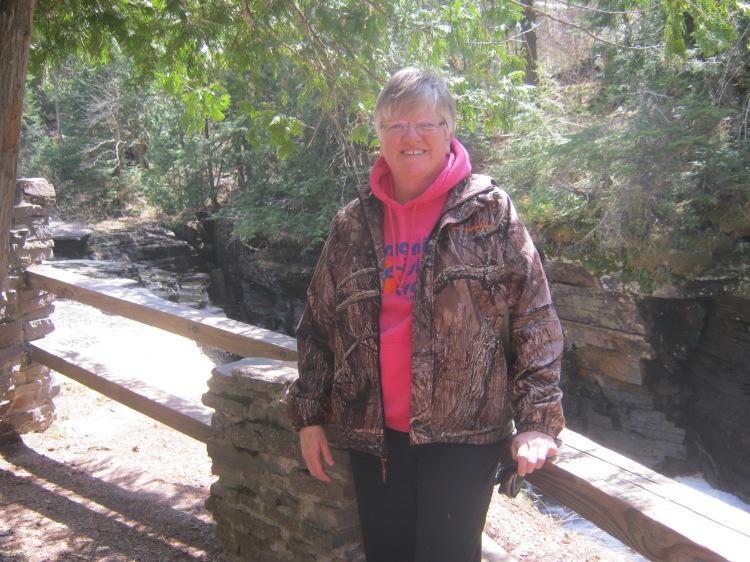 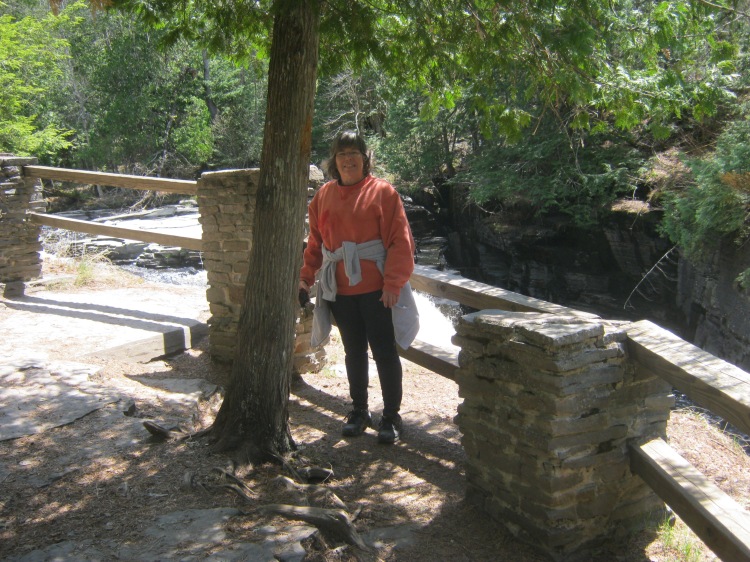 We were having a great time discovering our state’s very own Grand Canyon.

Take your pick. They definitely are grand.

God built platforms and stages to show off some of his work.

The sign says “Trail Ends.” Shhhh. Don’t tell anyone. We kept going. Up to this point there are rails, etc. for your protection. Beyond this point, there’s only a path. You need to use common sense and not walk out to the end of a cliff where it could cave in. Most people don’t need to be told that, but…. for the one that does, I had to say it. (These pictures may not be in the right order because I took pictures walking down and coming back – I just couldn’t stop!) 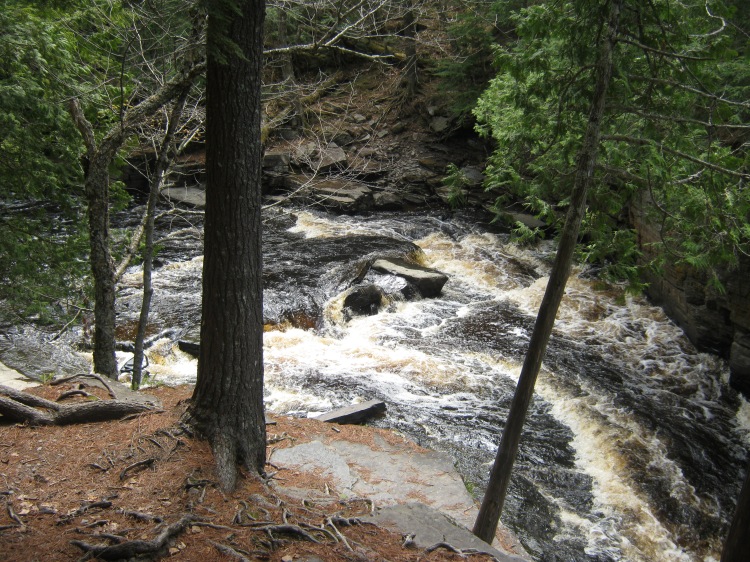 Is our canyon as big as the one out west? Heck no, not even close. But… ours is simply amazing. Spectacular even.

We’re quite a ways up here – further than it looks. 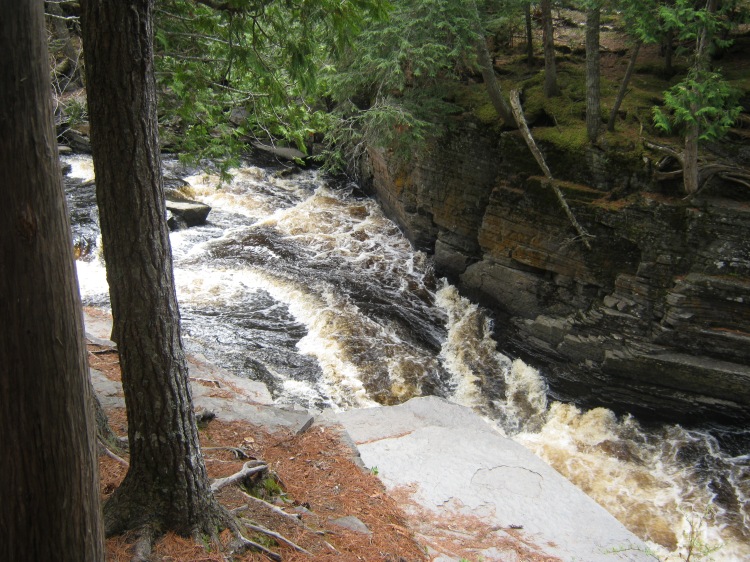 The forest floor had a carpet of needles in spots like this. Love the river. 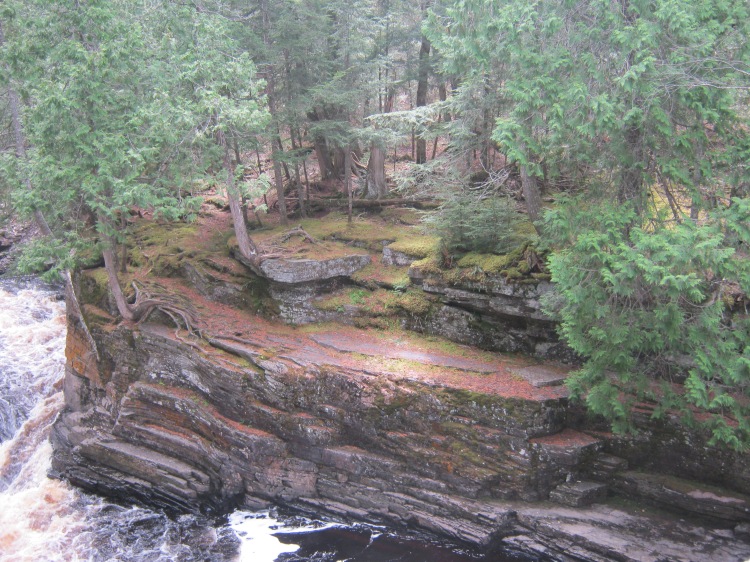 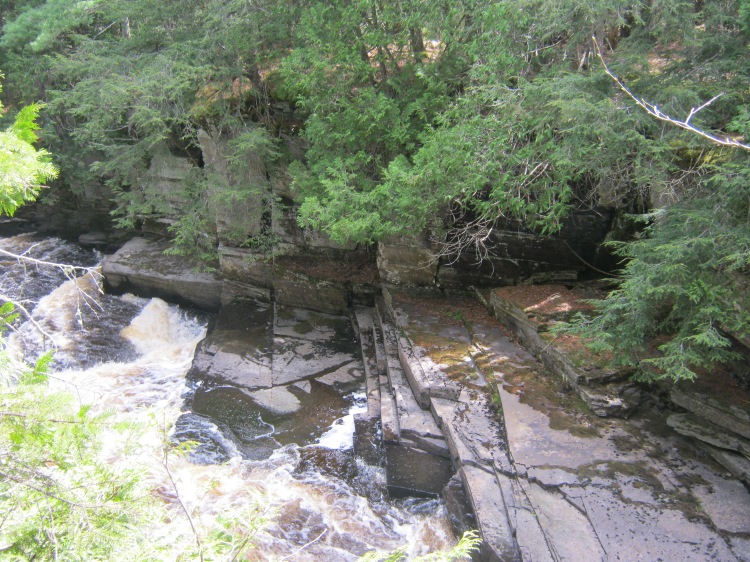 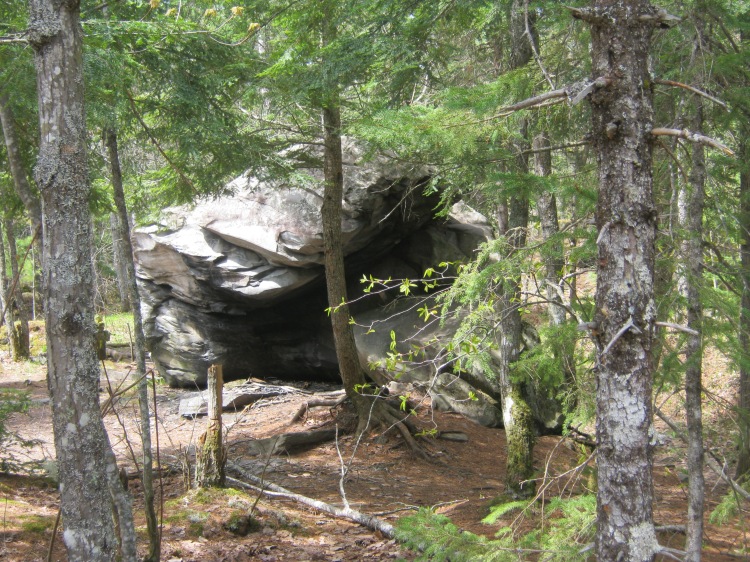 I had to get a close-up of this rock that’s in the previous picture. 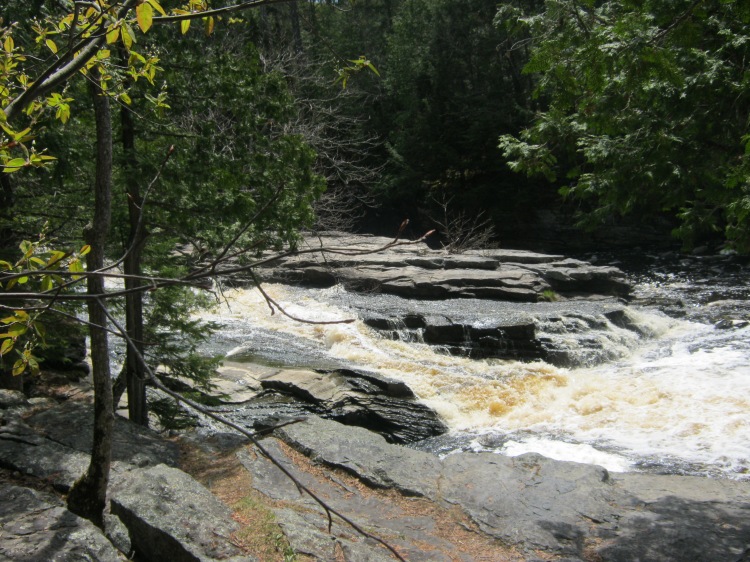 I just don’t have anything to say for most of these pictures. It wouldn’t do them justice. 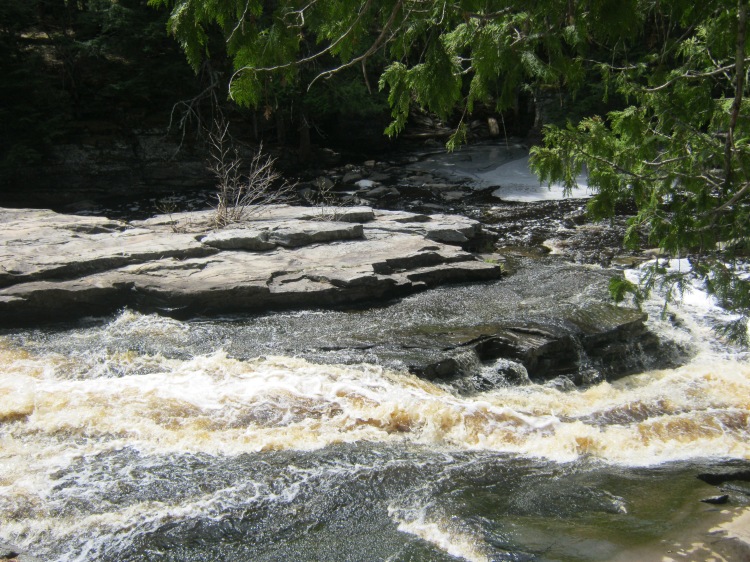 Watch your step. That was harder than it sounds. You had to watch where you were walking, but you wanted to see everything too. Often, I had to take a few steps, stop, look, and then take a few more steps and stop and look again. 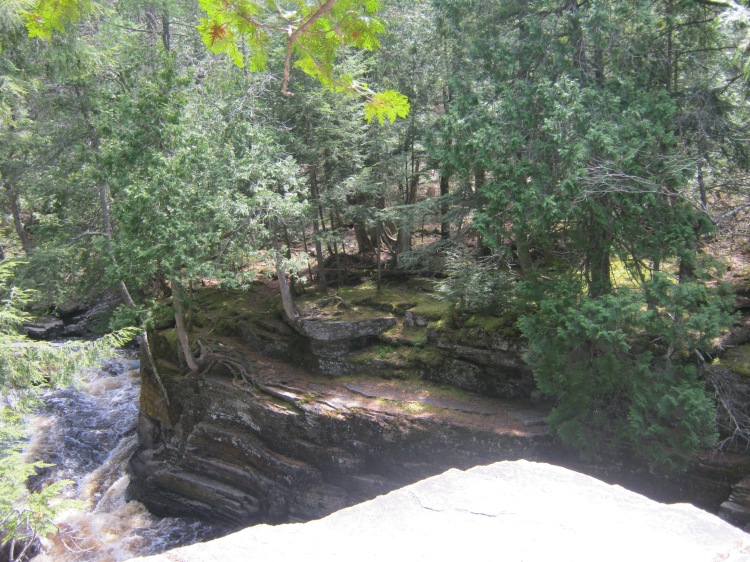 Wow. Just look at that ledge with the trees growing out of its’ side. Pretty cool stuff. This is an amazing world we live in and we have an amazing Creator.

The above pictures were a year or two ago. In September, 2019, Deb and I went back to Canyon Falls again. We don’t usually go to the same fall twice, but we had to see this one in the fall colors.

The colors are starting to turn. 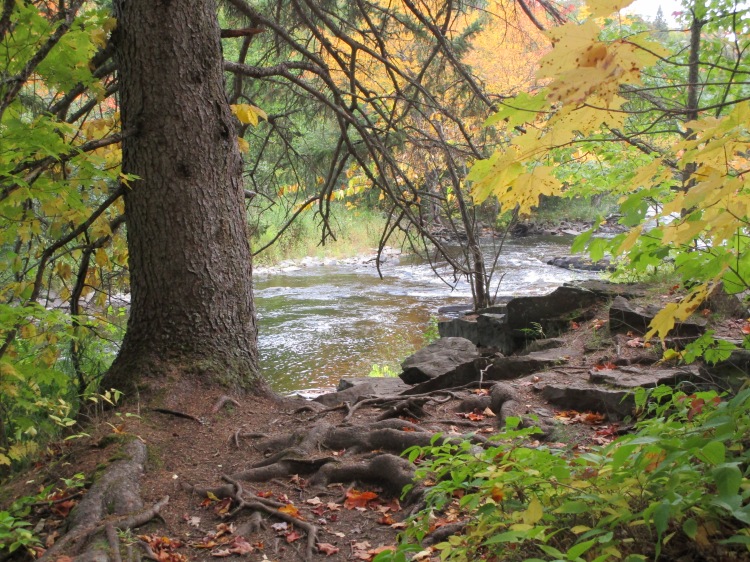 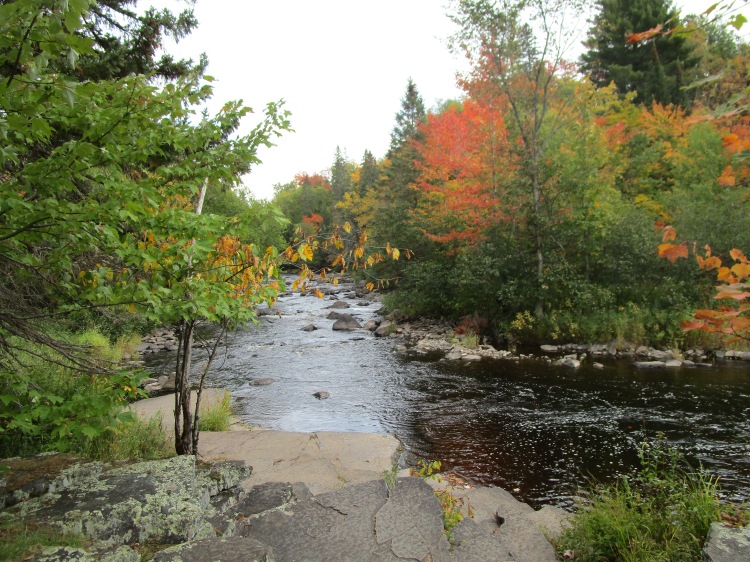 Nature is always changing. What a difference a season makes!